The streets are safe in Moscow 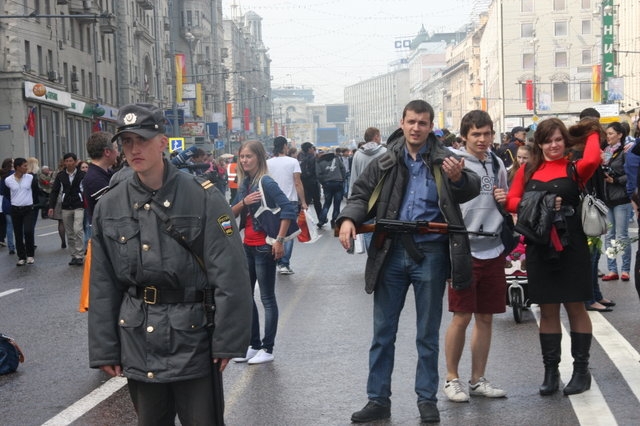 As we've seen recently, Russia's in a bit of a mess and Putin seems set to be in charge for life. Without any apparent sense of irony, he said in a speech the other day: "I promise you that all democratic gains of our people will without any doubt be upheld and guaranteed. We shall strengthen civil society and do everything to uphold media freedom."

Mmm, what a delight. Presumably all those riot police we've seen beating protesters are doing so to safeguard democracy.

Recently, one chap decided to test out the authorities and the very notion of safety on the streets of Moscow. He did it in a very simple way: by taking his AK47 for a walk. Despite walking past police, militia and soldiers in the centre of the city, no one stopped him or took any interest in what he was doing.

Yes indeed, whilst walking the streets with a protest sign will get you a trip to a hospital and/or a police station, strolling around with an assault rifle won't even arouse a second glance. 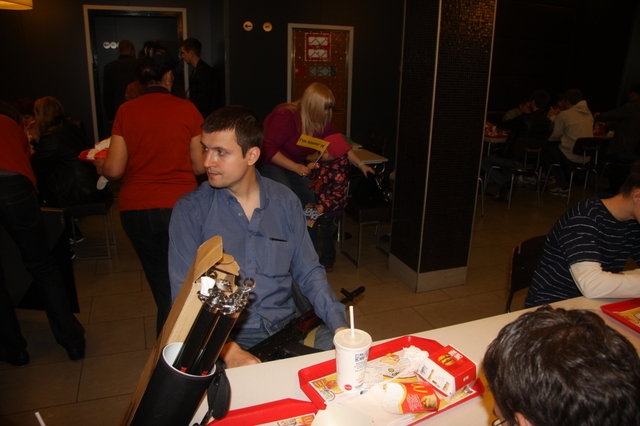 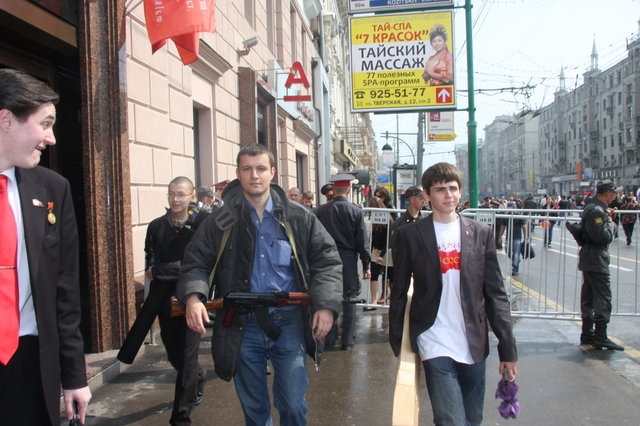 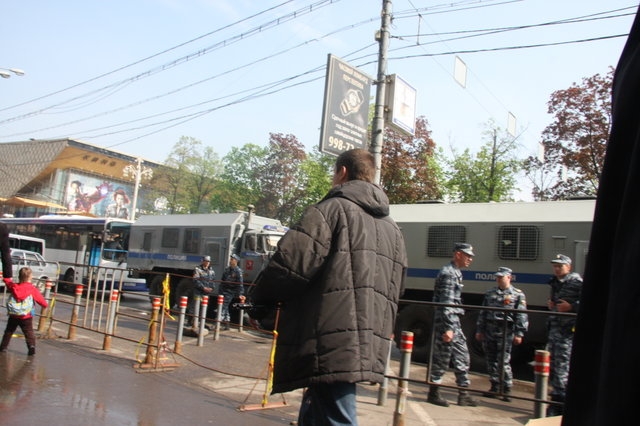 More photos of Comrade Ballsy can be seen on the excellent English Russia site:
http://englishrussia.com/2012/05/10/are-you-safe-in-moscow-streets/
Posted by kodabar at 08:00