I was done at the local auction house having a look at the lots for the upcoming sale of general household goods. On one of the walls lay lot 186, described as follows:


A colourful clay collage depicting Ian Botham surrounded by elements of his cricketing and broadcasting career, in a box frame.

Uh... yeah, okay. That's what it is alright. But let's just have a look at some of the details. It all gets a bit odd. Okay, so there's a cricket ball (fair enough), a Visa card (I think he may have done adverts for them), Ariel washing powder (again, I think he did ads for them), a cheese (uh...), tins of Coke (maybe he drinks it?), Jif bathroom cleaner (now Cif, but did he do ads for them?) and uh... Tintin. I've scoured the internet and I can't find a single mention of Ian Botham together with Tintin. What the hell? The Coca-cola thing threw me a bit, but it may be an oblique reference to his drug-taking. Okay, so moving on... 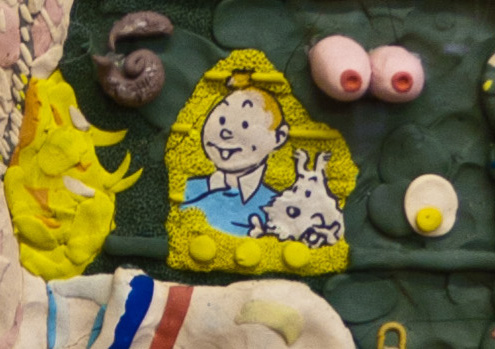 Dog shit (?), fried egg (what?), tits (I do recall him being caught shagging on the crease at Lord's cricket ground one night) and Tintin. What the hell is it with Tintin? 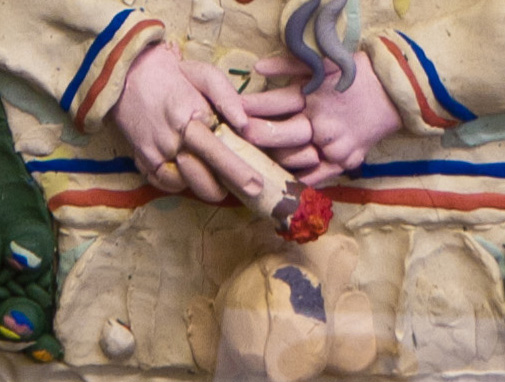 Okay, so we've got a spliff and that's entirely understandable as Botham got into trouble for drug-taking and was suspended from the English team in 1986 for smoking cannabis. I've never understood the fuss about sportsmen smoking dope. Botham was the best all round cricketer in the world back in the 1980s. To be that good whilst stoned just suggests to me that he was even better than that. A performance-enhancing drug it is not.

What's more worrying in this particular detail shot is not the joint in his hand, but the uh... bulge in his crotch. That's a detail I could have lived without seeing. 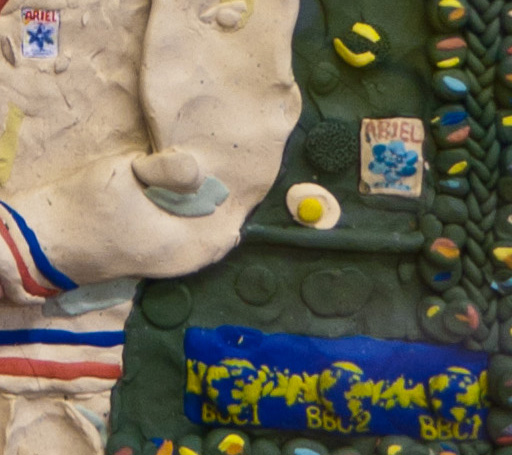 Fried eggs make another appearance. I really don't get this. Okay, so he did a series of food adverts with Alan Lamb, but eggs didn't feature. Botham's nickname was Beefy, not Eggy. And oh look, there's Ariel again and again. Okay, so he maybe did an ad or two, but get over it. What is interesting is the effort put in to making the Ariel boxes (especially the one on his chest). For a picture that looks like it was made by someone who hugged all their pets to death, the detail on the Ariel boxes is quite incredible. The same goes for the BBC logo. That's a very accurate depiction of what the BBC2 logo looked like back in the 1980s but, when you look closely, you can make out a quite incredible level of geographical detail.

The ads were all a bit suggestive. I'm just sad I can't find the one where Alan
says "Qwal-i-dee lamb, Beefy" That one made me laugh (and cringe) 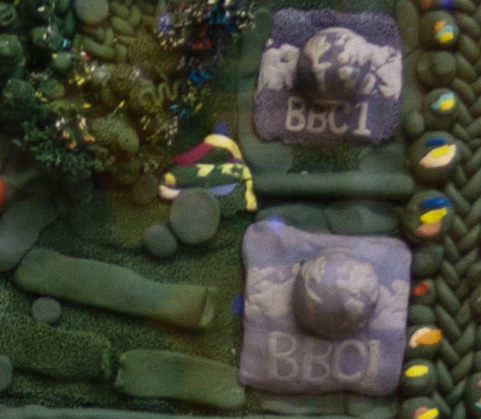 It's the same with the BBC 1 logos. The level of detail is really rather impressive. It must have taken a lot of effort to get such detail into the globes. I'm getting seriously scared of whoever made this. 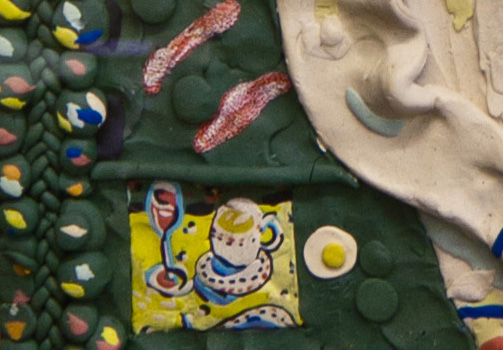 In our final detailed shot, we can see yet another fried egg (I must be missing something) and a surprisingly good rendition of a cup of tea and a glass of wine. I suspect they may have copied it off something else, but even so. And then there's the bacon. The nickname was Beefy, not Porky or Bacony. Ah well.

So what do you think folks? Should I bid on it? You can bet it's not exactly going to set a record price. Maybe even Ian Botham (who definitely reads this blog) would like me to pick it up on his behalf. What do you say, Beefy?

For those of you too young to remember, or too foreign to comprehend, here's a clip of Botham scoring 22 in one Merv Hughes over. This is also probably the last time a sports commentator was able to say "smashes" without meaning rape or sexual harassment.

If you even get the chance, watch the film Fat Pizza - Merv Hughes plays a
serial killer and plays a blinder. Gotta love Big Merv
Posted by kodabar at 07:38