What's in a font? Trajan 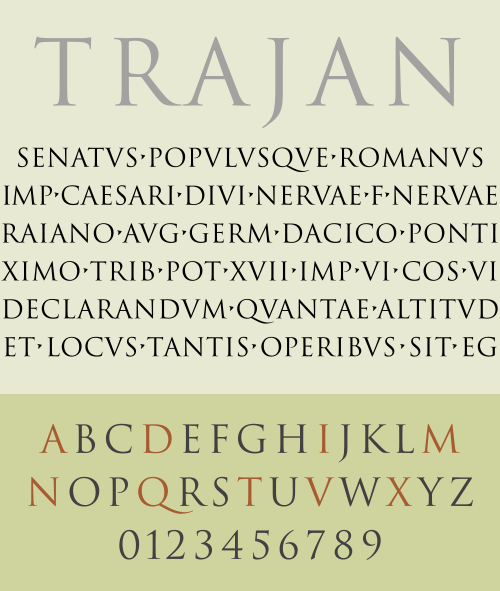 Okay, so there's one thing that I need to say before we get started. Fonts aren't fonts; they're typefaces. Times New Roman is a typeface. Times New Roman at a 12 point size is a font. A font is a typeface at a specific size. The distinction has become blurred as you no longer need separate files for different sizes of typeface.

Ever heard of the Roman emperor, Trajan? He was emperor for about twenty years at the turn of the second century and he's one of the few that we know much about. After he killed a whole bunch of people, Trajan was adopted by the Emperor Nerva. When Nerva died, Trajan took over and decided to kill a whole bunch of other people. Ever heard of the Dacians? Of course not: Trajan wiped out their civilisation, turned the survivors into slaves and gave their land to his troops (which is why the region is is now called Romania).

In classical times, mass murder on such a scale was totally cool and usually resulted in masonry. So now there's a big column in the middle of Rome that's decorated with 59 pictures of Trajan slaughtering proto-Transylvanians and nicking all their shit. But the really cool bit is the inscription, not for what it says, but for the typeface. If it looks familiar, it's because it's been the inspiration for many typefaces over the years. 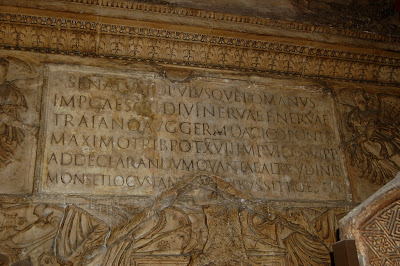 In 1989, Carol Twombly (no relation to Cy, despite the calligraphic style and name) designed the Trajan typeface for Adobe. As the column only used capital letters, the font did the same. In 2001, an updated version (Trajan Pro) was release which included lower case letters. It has become one of the most commonly used typefaces in film and television. 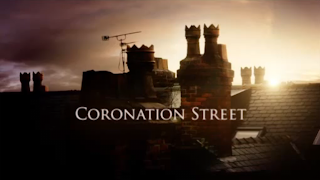 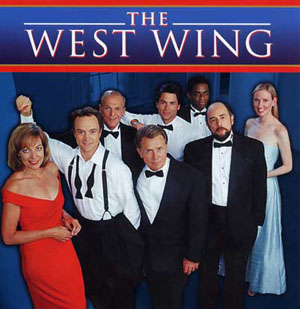 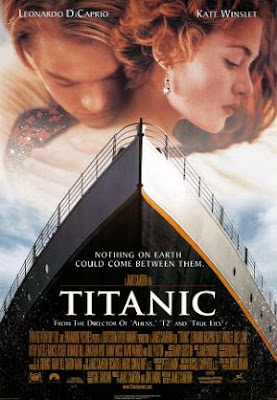 From slaughtering Transylvanians to drawing me like one of your French girls, it's amazing that one typeface has remained suitable for so many occasions. Keep an eye out and you'll see the Trajan font everywhere.