Do mobile phones cause cancer?

Mobile phones don't cause cancer because they can't.

In 1905, Albert Einstein published a paper on the photoelectric effect. He described light as being composed of quanta (what we now call photons) and theorised that the energy in each photon was equal to their frequency multiplied by Planck's constant. This theory predicted that a photon above a certain threshold frequency would have sufficient energy to eject a single electron.

It doesn't matter if you don't quite understand what that all means. By 1921, enough scientists had been able to prove Einstein's theory through experimentation that he was awarded the Nobel Prize for Physics for this very theory. 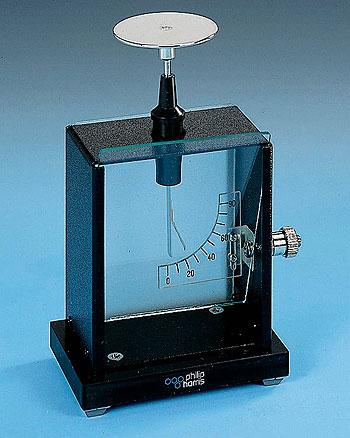 Did you ever have to do a high school experiment with one of these? It's a gold leaf electroscope. Pretty much every school student has to do a basic physics experiment with one of these and static electricity. You rub some plastic rods or something to build up a static charge and then touch them to the metal disc on top and the little gold leaf deflects away from its metal mount. This is because you have built up a negative charge in the electroscope. If you then shine an ultraviolet light on the disc, the gold leaf falls. This is because UV light is above the threshold frequency so the photons have enough energy to liberate electrons from the disc. Normal visible light is below this threshold so it's unable to dissipate the charge.

See? The shit you learned in high school is actually useful.


So what does this have to do with mobile phones? Well, it's this very Einsteinian theory that governs mobile phone radiation; the very theory that you proved that with the gold leaf electroscope.

See that little graph there? That's the electromagnetic spectrum. See where ultraviolet light lies on that spectrum? Now d'you see where microwave radiation is? Yeah, that's it down there, well below the threshold at which electrons can be liberated.

So, uh there's no way that mobile phones can cause cancer. There simply isn't enough energy in mobile phone microwave radiation to push electrons around give you cancer.

So why the fuck are we spending so much money on studies to find out whether mobile phones cause cancer?

Yeah, exactly. On the one side, we have the entire physics community and the Nobel Prize committee. Oh and Einstein. On the other we have wilful ignorance, stupidity, fear, lawyers and journalists.

Everyone in authority is scared to say that mobile phones are safe just in case it turns out they're not and the biggest class action lawsuit in human history washes over them like a tasteless analogy involving tsunami.

Seeing as there's no possible mechanism by which mobile phone microwave radiation can cause brain cancer, all the pointless studies have used epidemiology to try and find a link. Epidemiology uses statistics to try to identify trends in populations. For instance, one can map the incidence of a disease and compare it to maps of other factors in order to try to discover possible causes.

The problem with epidemiology is that much of the work comes after the identification of possible causes. Whilst we've all heard the phrase "correlation does not imply causation", it seems that journalists haven't. So when an epidemiological study reveals a correlation between datasets, it indicates further avenues for research, not definitive answers.

In the United States, the incidence of brain cancer has steadily fallen over the last two decades at the same time as mobile phone use has massively risen. Shit, if I was some lazy journalist, I could bang out 2,000 words on how mobile phones prevent brain cancer (and I'd earn a lot more for doing so than the twenty pence this article is likely to earn me in ad clicks).

Now this isn't to disparage epidemiology. It's a highly useful science which informs public health research and evidence-based medicine. Dr John Snow famously used epidemiology to identify a water pump in Soho that was the cause of a cholera outbreak and saved goodness knows how many lives. But in the hands of a lazy journalist in search of a sensational headline, epidemiological studies can be a horribly blunt tool that misleads millions. 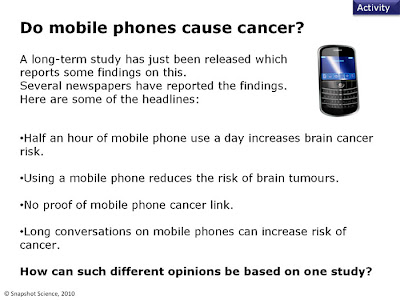 The excellent Snapshot Science website has a Powerpoint presentation that illustrates the danger of inexpert journalists getting hold of data they don't understand in order to create populist headlines. The second slide shows the data from the study. Note how if you pick any one group from the list you can come up with whatever headline you like. 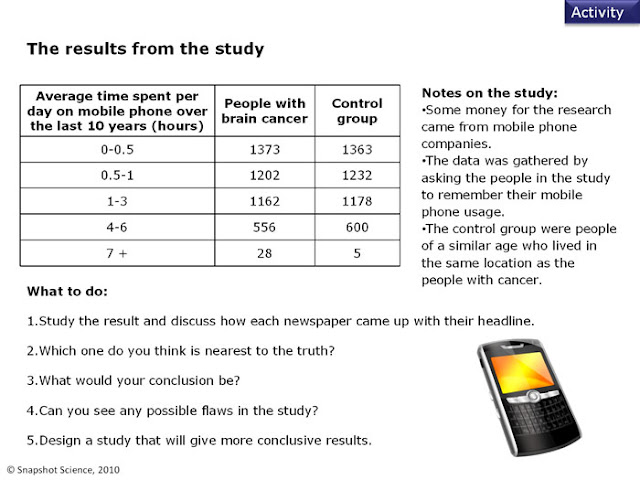 People love to say "science doesn't have all the answers" and of course they're right, but generally anyone who invokes that phrase is actually trying to suggest that the bullshit they're pushing is somehow on a par with the painstaking research and experimentation of peer-reviewed science. There's a remarkable modern tendency to denigrate the vast achievements in all fields of science in favour of appealing bullshit or beguiling nonsense.

Mobiles phones don't cause cancer because they can't. There is no mechanism by which this can happen. So the interesting question isn't whether mobile phones cause cancer, but why we can't accept the overwhelming evidence and truth that they don't and can't. Entertaining the fearmongers and the frightened by carrying out endless expensive epidemiological studies is to the detriment of us all because it undermines already well-established scientific principles in favour of weak horseshit. Allowing crap the same same consideration as Nobel Prize-winning science isn't being fair or rational; it's being dangerously ignorant. Giving this rubbish equal airtime isn't even harmless.

The always excellent Bob Park (emeritus professor of physics at Maryland University) wrote the following about the dangers of wilful stupidity:

Bullshit is dangerous. In 1998 in London, Andrew Wakefield a British gastroenterologist, warned that the MMR vaccine causes autism. In the following months the papers daily carried stories of the tragedy of autism and the heroic doctor who had found the cause. In the months following, MMR vaccinations of children dropped from 90% to 70%. In 2006, the first child in more than a decade died of measles in London. In the first four months of 2011, the HPA reported 334 cases of measles, a 10 fold increase over the same period a year earlier. In France, 7000 cases have been reported this year. Autism was unaffected.